The church of Africa today faces different challenges as it’s youth become more educated and it’s demographics change with an influx of Muslims in the North. With Africa facing a third wave of COVID-19, the socio-economic costs will have a significant impact on the church and how it operates in the future. In a recent podcast in partnership with Compassion International, Justin Brierley hosts a dialogue between Tom Wright and Ugandan church leader Richmond Wandera on the challenges and opportunities facing the church in Africa. 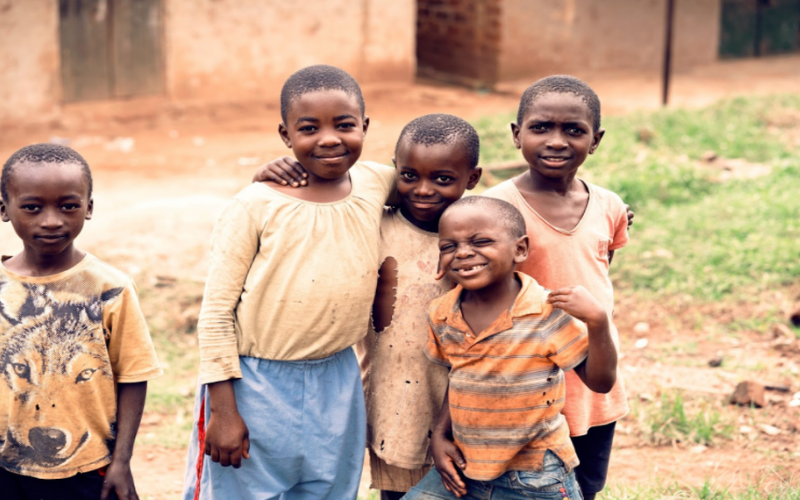 COVID-19 and lockdowns in Uganda

COVID-19 has impacted countries around the world in various ways. For 18 months in Uganda there was a period of grace where there were not many cases of the virus as the Government decided on an extended lockdown. However in recent weeks the number of cases has spiked resulting in the country’s second lockdown. The pandemic and the proceeding health measures to contain it, has had significant economic repercussions on the economy. Richmond points out:

“Unemployment in Uganda went from being under 14% before the pandemic to upward of 40%.”

Following on from high unemployment, household incomes have severely declined. Many churches hire buildings but have been unable to afford rented spaces after 8 months of lockdown. There are now thousands of pastors that are operating their churches without an official space.

Richmond notes that many pastors in Africa are asking similar questions when it comes to discipleship, ‘What do we do with new believers?’, ‘How are we to teach them?’, ‘How are new believers to see themselves?’ From Richmond’s perspective, Africa’s biggest discipleship issue has been grasping God’s vision for His Kingdom on earth. For Richmond, reading Tom Wright’s book “After You Believe” while in seminary, deeply enriched his understanding on the calling of Christians to live out the Kingdom in the world. Says Richmond,

“I didn’t view people as a Holy Priesthood, a Holy Nation, a people set apart by God. I didn’t view our time as Christians in this world as missional. I realised my views represent 99% of pastors in sub-saharan Africa.”

Richmond returned to Uganda several years ago after studying in the US and founded the Pastors Discipleship Network which is a nonprofit that serves, equips and trains thousands of pastors across East Africa. For two years, Tom Wright’s book “After You Believe” became the foundational text and discussion resource for the Pastors Discipleship Network’s conferences to help dystemify the Kingdom.

When people think about Africa they think of child sacrifice, witchcraft and animalism. But the challenges affecting a more modernised Africa look different. Richmond highlights,

“The time is ripe now for Africa to engage not just for the themes that we have known for in the past.”

While Africa still has the deep spiritual roots of witchcraft, ancestral worship and animism, the context for raising new believers today looks quite different. Richmond notes some of the shifting socio dynamics including that the north of Africa is facing a surge of Islamists with increased terror threats. In the south, Africa is experiencing a new form of attack on the church as younger Africans are becoming more educated and pastors are beginning to feel irrelevant as they are ill-equipped to answer their concerns. A new generation is rising that is asking very deep, intellectual questions and they want proof. With greater access to smartphones and the internet, young people in Africa are watching Youtube and are more interested in apologetics.

“Globalisation is shifting things in Africa… The world is increasingly becoming one space ‘a global village’ where the questions that are being asked in the UK, the USA, Asian and Australia are also being asked by the younger generation in Africa.”

Tom Wright, concurs with Richmond, that the challenge of the Enlightenment which many Western pastors are facing is also washing up on Africa’s shores.

Ministering in a Broken Place

COVID-19 has opened new avenues to share the Gospel in Uganda. Richmond currently serves in a church which is located in one of the most broken communities in Uganda. Within a 2 mile radius of the church, there exist 200 brothels, as well as a lot of illicit drug usage and gambling.

Many women in the area have struggled to support their children, as many had lost jobs, and couldn’t afford food. Richmond’s church implemented an outreach strategy of “temporary adoption” where members of the church would temporarily house neighbour’s children for 5 months so they could feed them, giving them a chance to survive. As the Government was not providing any support, this solution was a great opportunity for the generosity of the church to step in the gap. Says Richmond,

The Kingdom of God is being revealed through the practices and actions of the church. During the pandemic lockdown, many were persuaded of the love of God.”

After implementing rules and requirements to oversee the outreach program, members of the church opened up their homes to take one or two children, moving those children from a place of difficulty to safety. The regional government body recognised that the church kept the child alive.

Compassion also came alongside and distributed donations from international partners. Over 2000 families received food that helped sustain them for three months. Richmond’s church has nearly doubled during COVID-19  due to these practical acts of love in the community. People are always asking who truly cares? Where is love? Where do I find hope? And if hope can be manifested in any way shape or form, unbelievers are easily warmed to listen more and understand this hope that is represented to them. Richmond notes,

“I think Christians have these opportunities every single day if we could only lean in and look closer.”

Tom Wright concurs. He notes that during the first 300 years of Christianity, the Gospel spread because Christians were looking after the poor, the sick and the needy. The church being the church is a shining light to the solution of our day.

Richmond himself knows what it is like to receive practical support from Christians and move out of darkness into a future with hope. When Richmond was 8 years old, his father was murdered in front of his mother. After this great loss of his father physically and then his mother, who was never the same again, Richmond, his mother and five siblings were forced to live in a slum with no access to education or healthcare.  After spending a lot of time on the street, Richmond had no hope for his future and by the age of 10 had experienced malaria 10 times.

Things took a radical turn when Richmond’s mother learned of Compassion International and he was sponsored by a 15 year old girl from the UK. When Richmond was 14, he made a decision to follow Christ. To hear more of Richmond’s amazing story, hear the full podcast here 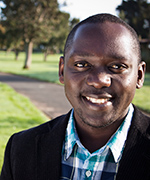 Raised in a Ugandan slum, Richmond Wandera has a unique perspective on life, faith and leadership. He is the senior pastor of New Life Baptist Church in Kampala, and the Founder and Director of Pastors Discipleship Network, a nonprofit that serves, equips and trains thousands of pastors across East Africa.